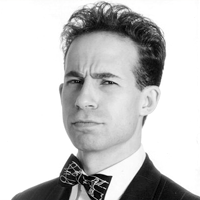 Igor Shoifot is a serial entrepreneur and investor. He lives in San Francisco and has created ten start-ups, including Epsilon Games and Fotki.Com. Igor is a co-founder of the project Fotki.com, one of the world's biggest sites of independent pictures (5 million users, 2 billion photos). He was also the CEO of the largest entertainment WebTV (Microsoft) of the Internet portal Epsilon Games, and has launched profitable start-ups in games, education, VOD, VoIP and publishing.

Today, together with his partners at TMT Investments fund, Igor invested in such dynamically developing companies as Ninua, rollApp, PeekYou, Wanelo, Tracks, Gild, Socialize, and others.

He teaches at the University of California in Berkeley (UC Berkeley).